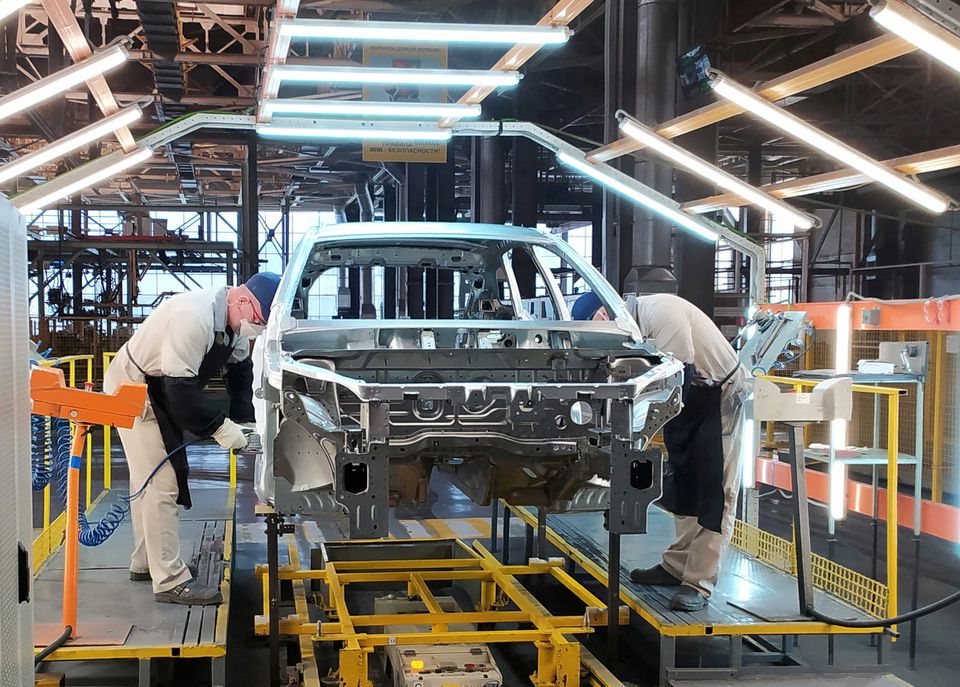 MOSCOW, Aug 3 (Reuters) – Russia’s biggest carmaker Avtovaz (AVAZI_p.MM), which suspended some production due to sanctions and lack of components, is offering workers at its Izhevsk plant a one-off payment of about $3,000 to take voluntary redundancy, it said on Wednesday.

Avtovaz resumed production of some of its popular Lada models at its main plant in Togliatti in June after partially halting output in the spring due to a shortage of electronic parts caused by sanctions.

The company, whose long-time shareholder, French carmaker Renault (RENA.PA), sold its stake to a Russian investor in May, was unable to relaunch production of the Lada Vesta model and sent 3,200 staff from its Izhevsk plant in central Russia on paid leave in March.

On Wednesday, it asked staff at the site in Izhevsk, a town of around 645,000 people some 1,200 kilometres (746 miles) east of Moscow, either to find a new job within the company or to resign by the mutual agreement.

The Russian automotive industry, heavily reliant on components and equipment from abroad, has been hit by global semiconductor shortages and most recently an exodus of international manufacturers over the conflict in Ukraine.

As many car assembly plants are located out of Moscow in smaller towns, Russian carmakers preferred not to cut jobs but rather keep staff on paid leave or reduced hours and smaller salaries as a result.