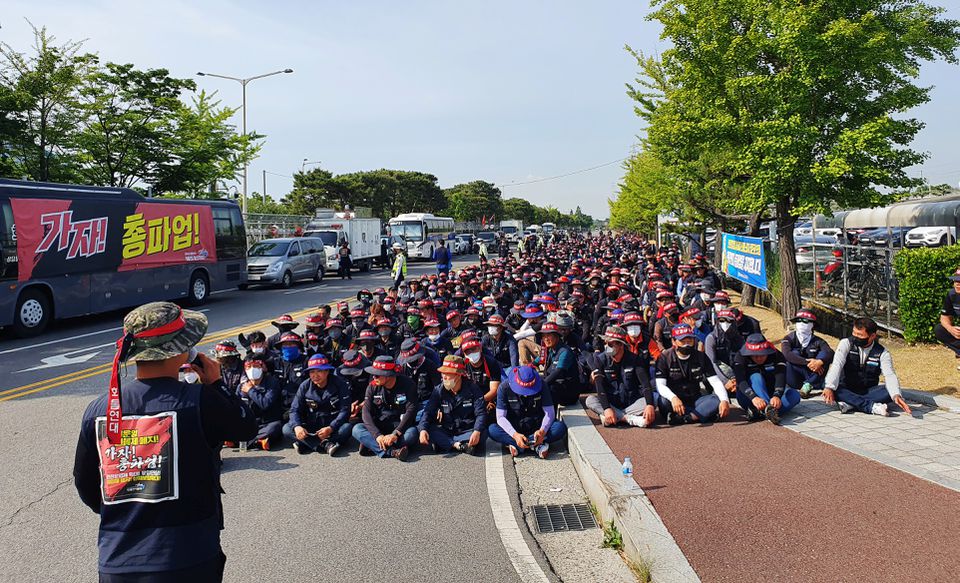 SEOUL, June 13 (Reuters) – South Korean industries, including auto, steel, petrochemical and cement, face accumulated losses worth about 1.6 trillion won ($1.24 billion) as of Sunday due to the ongoing trucker strike, the country’s industry ministry said on Monday.

The industry ministry said in a statement the estimated 1.6 trillion won was based on losses in production, shipment and exports.