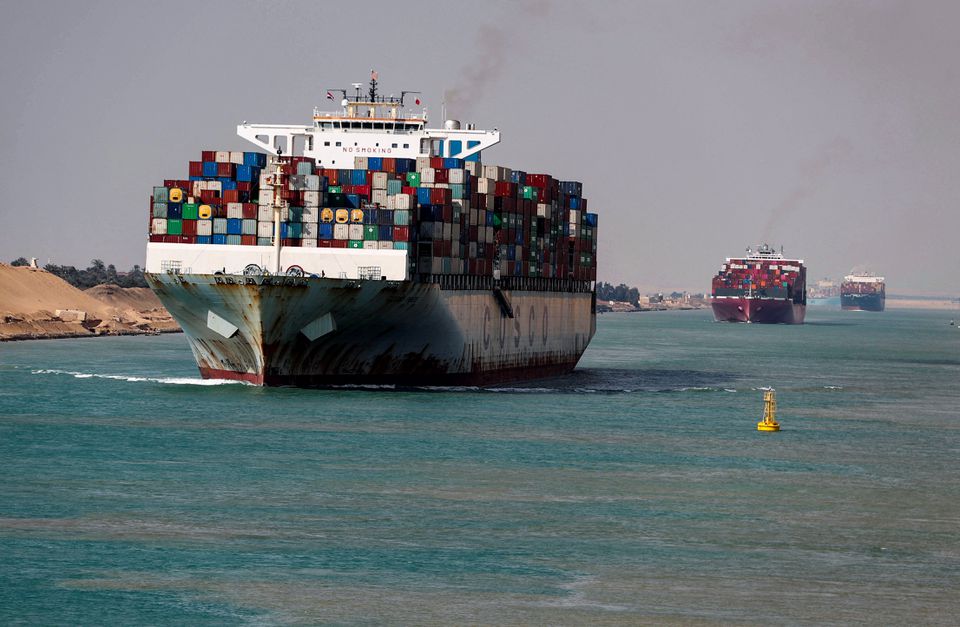 LONDON, May 3 (Reuters) – Over the last two years a series of unexpected events has scrambled global supply chains. Coronavirus, war in Ukraine, Brexit and a container ship wedged in the Suez Canal have combined to delay deliveries of everything from bicycles to pet food.

In response, a growing group of startups and established logistics firms has created a multi-billion dollar industry applying the latest technology to help businesses minimize the disruption.

Interos Inc, Fero Labs, KlearNow Corp and others are using artificial intelligence and other cutting-edge tools so manufacturers and their customers can react more swiftly to supplier snarl-ups, monitor raw material availability and get through the bureaucratic thicket of cross-border trade.

The market for new technology services focused on supply chains could be worth more than $20 billion a year in the next five years, analysts told Reuters. By 2025, more than 80% of new supply chain applications will use artificial intelligence and data science in some way, according to tech research firm Gartner.

“The world’s gotten too complex to try to manage some of these things on spreadsheets,” said Dwight Klappich, a Gartner analyst.

Interos, valued at more than $1 billion in its latest funding round, is one of the most successful in the nascent market. The Arlington, Virginia-based company says it has mapped out 400 million businesses globally and uses machine learning to monitor them on behalf of corporate customers, alerting them immediately when fire, flood, hacking or any other event causes a potential disruption.

Chief Executive Jennifer Bisceglie said after the war started 700 companies approached Interos for help in assessing their exposure to suppliers in Ukraine and Russia. She said the company is developing a new product to game out other hypothetical supply chain disruption scenarios, such as China invading Taiwan, for customers to understand their exposure to risk and where to find alternative suppliers.

Supply chain shocks are inevitable, Bisceglie told Reuters. “But I think we’re going to get better at minimizing these disruptions.”

U.S. airline Delta Air Lines Inc (DAL.N), which spends more than $7 billion a year on catering, uniforms and other goods on top of its plane and fuel budget, is one company using Interos to keep track of its 600 primary suppliers and 8,000 total suppliers.

“We’re not expecting to avoid the next crisis,” said Heather Ostis, Delta’s supply chain chief. “But we’re expecting to be a lot more efficient and effective than our competitors in how we assess risk when that happens.”

That has been a lifesaver for EED Foods, based in Doncaster, England, which imports Czech and Slovak sweets and smoked meats for expat customers in Britain.

“Before Brexit we were very scared we would have to shut down,” said Elena Ostrerova, EED’s purchasing manager. “But instead we are busy as never before.”

Ostrerova says her company is still growing at annual rate of 40% after Brexit took effect in early 2020, partly because some competitors gave up rather than tackle the onerous new paperwork for importing from the European Union.

She said KlearNow’s customs clearance platform keeps track of its hundreds of shipments from Central Europe, tallying totals on thousands of items, correcting mistakes on everything from country of origin to gross net weight, and providing an entry number – under which all the information about a shipment is contained – for the company hauling it to Britain.

“We have minimum human involvement,” Ostrerova said, which saves the company time and the cost of manual data input.

Berk Birand, CEO of New York-based Fero Labs, said the coronavirus pandemic highlighted the need for manufacturers to adapt to changing suppliers so that they can continue to make identical products, no matter the origin of the raw materials.

The startup’s platform uses machine learning to monitor and adapt to how raw materials from different suppliers affect product quality, from varying impurities in steel to the level of viscosity in a surfactant, a key ingredient in shampoo. The system then communicates with plant engineers to tweak manufacturing processes so that product consistency is maintained.

“If you have a supply chain issue that could cost you major shareholder value, you’ll have a major responsibility too,” DeWalt said. “I believe that’s coming in the near future.”

Major logistics firms are also deploying machine learning to boost their competitiveness. U.S. truck fleet operator Ryder System Inc (R.N) uses the real-time data from its fleet, and those of its customers and partners, to create algorithms for predicting traffic patterns, truck availability and pricing.

“Mapping your supply chain and interconnectivity at the individual part level is the Holy Grail,” said Autotech partner Burak Cendek.