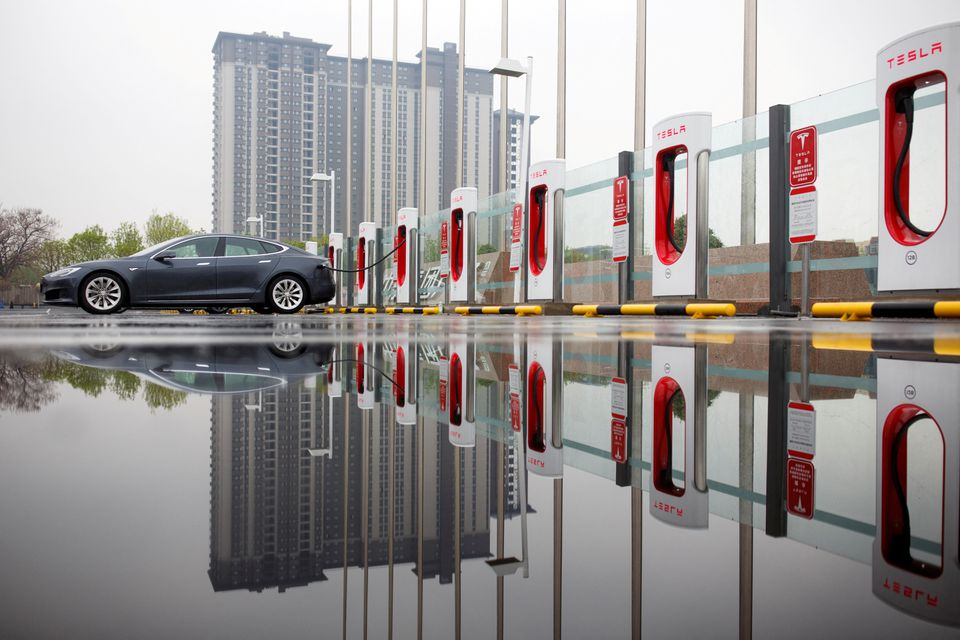 BEIJING, Nov 13 (Reuters) – U.S. automaker Tesla (TSLA.O) said on Sunday it will assist Chinese police investigating a crash involving one of its Model Y cars after local media reports said two people had died and three were injured when the driver lost control of the vehicle.

The incident on Nov. 5 in the southern province of Guangdong killed a motorcyclist and a high school girl, Jimu News reported, posting a video of a car driving at high speed crashing into other vehicles and a cyclist.

“Police are currently seeking a third party appraisal agency to identify the truth behind this accident and we will actively provide any necessary assistance,” Elon Musk’s electric vehicle maker told Reuters in a message on Sunday, cautioning against believing “rumours”.

China is Tesla’s second-largest market, and the crash was among the top trending topics on the Weibo social media platform on Sunday.

Jimu News quoted traffic police as saying the cause of the incident in Chaozhou city had not been identified and an unnamed family member of the driver who said the 55-year-old had issues with the brake pedal when he was about to pull over in front of his family store.

Tesla said videos showed that the car’s brake lights were not on when the car was speeding and that its data showed issues such as there being no action to step on the brakes throughout the vehicle’s journey.

Calls to police in Raoping, the county where the accident happened, went unanswered on Sunday.

Tesla has faced claims of brake failure in China before.

In its statement to Reuters, the company said a Chinese car owner had been ordered by a court to publicly apologise and compensate the firm after it ruled that comments he had made to the media about issues with his brakes were inconsistent with the facts and had harmed Tesla’s reputation.

Last year, an unhappy customer caused a social media stir by clambering atop a Tesla at the Shanghai auto show to protest the company’s handling of her complaints about malfunctioning brakes involved with a car accident.

In that instance, Tesla said speeding violations were behind her crash but promised to improve how it addressed customer complaints.