The companies intend to create nearly 11,000 jobs by opening assembly and battery plants in Stanton, Tennessee, and two additional battery factories in Glendale, Kentucky, as part of Ford’s previously announced plan to spend more than $30 billion through 2030 on electrification, Ford said. Plants on both sites will open in 2025. read more

The Tennessee assembly and battery complex will be about three times the size of Ford’s sprawling, century-old Rouge manufacturing complex in Dearborn, Michigan, Ford North American Chief Operating Officer Lisa Drake told Reuters in an interview. She emphasized there will be room to expand on that site.

“For us, this is a very transformative point where we are putting our capital in place now in a very big way to lead the transition to EVs,” Drake said.

The No.2 U.S. carmaker’s portion of the investment is $7 billion, with SK covering the rest. The companies will invest $5.8 billion in Kentucky, and $5.6 billion in Tennessee.

The South Korean battery maker, which supplies electric car batteries to Ford Motor and Hyundai Motor Co (005380.KS) among others, has battery production sites in the United States, Hungary, China and South Korea.

With its three additional battery factories and two battery plants in Georgia, SK Innovation is set to secure an annual capacity of about 150 gigawatt-hours (GWh) of batteries in the United States.

SK Innovation said it expects to exceed the goal of securing an annual global production capacity of 200 GWh of batteries by 2025. Its current capacity stands at 40 GWh.

Ford, which plans to launch the electric F-150 Lightning pickup truck next spring, has moved more aggressively to roll out its EV strategy under Jim Farley, who took over as chief executive last October. Earlier this month, Ford doubled planned production capacity in Dearborn, Michigan, for the F-150 Lightning to 80,000 annually due to strong pre-launch demand for the electric pickup. 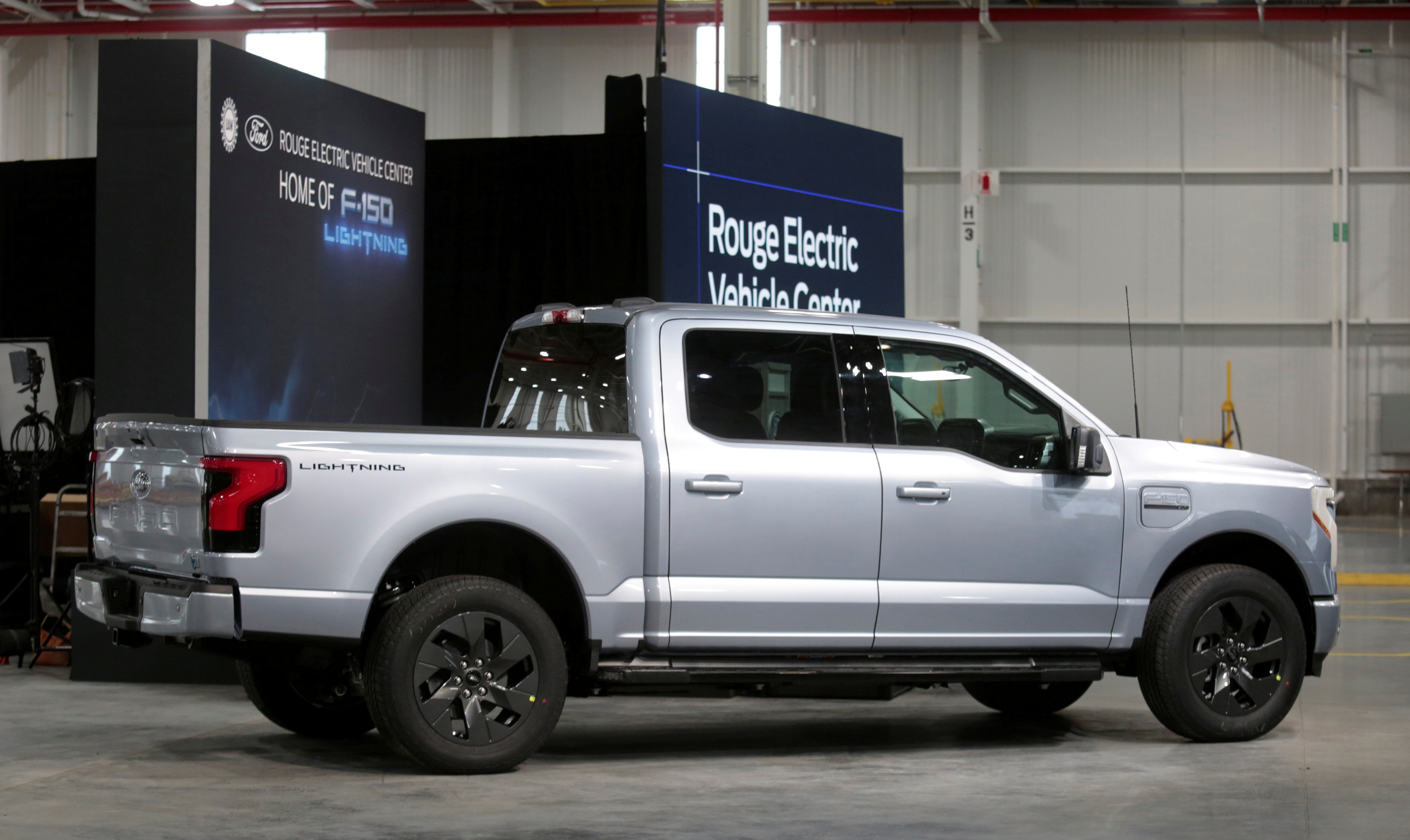 Ford and other automakers are pushing hard to prepare for the rollout of EVs as countries and regions such as China and Europe seek greater reduction of vehicle emissions.

The planned lithium-ion battery plants build on a memorandum of understanding announced by Ford and SK in May. The battery plants will be jointly owned with SK and have a combined annual capacity of 129 GWh of batteries, which could power about 2.2 million EVs when fully operational, more than double the level outlined in May, Drake said. The new capacity would be enough to power more than 1 million EVs.

Ford previously said its global EV plan calls for at least 240 GWh of battery cell capacity by 2030, equal to about 10 plants that will be placed in North America, Europe and China. SK has said it aims to ramp up annual global battery capacity to more than 200 GWh in 2025.

As part of Monday’s announcement, Ford will build a 3,600-acre “mega campus” in west Tennessee called Blue Oval City that will employ 5,800 people and include the assembly plant, lithium-ion battery production and a supplier park, Drake said. Blue Oval plays off Ford’s name for its corporate logo.

The new Tennessee assembly plant will build the next generation of the Lightning, using a dedicated EV platform, following its launch next year, Drake said. The initial Lightning model will be built on a platform heavily derived from the gasoline-powered F-150.

Drake did not disclose the planned production capacity for the Tennessee truck plant.

The site will also include zero-waste-to-landfill processes to capture materials and scrap.

The companies will receive $500 million in incentives from Tennessee and almost $300 million as well as more than 1,500 acres of land from Kentucky.

The United Auto Workers union, which represents Ford’s U.S. hourly workers, has said the automaker has a “moral obligation” to make sure any battery plant jobs are good-paying union jobs. Drake said that will be determined by the workers, but added Ford emphasized to SK it must not be anti-union.

Monday’s announcement builds on Ford’s deal last week to partner with Redwood Materials to form a circular supply chain for EV batteries, from raw materials to recycling. Redwood will be located at Ford’s Tennessee site.

Ford said on Monday it will separately spend $525 million over the next five years to fund job training and career readiness initiatives for U.S. auto technicians to help prepare for the shift to EVs. That program begins in Texas, where Ford is spending $90 million alone.

Reporting by Ben Klayman in Detroit; Additional reporting by Heekyong Yang in Seoul; Editing by Matthew Lewis and Sherry Jacob-Phillips