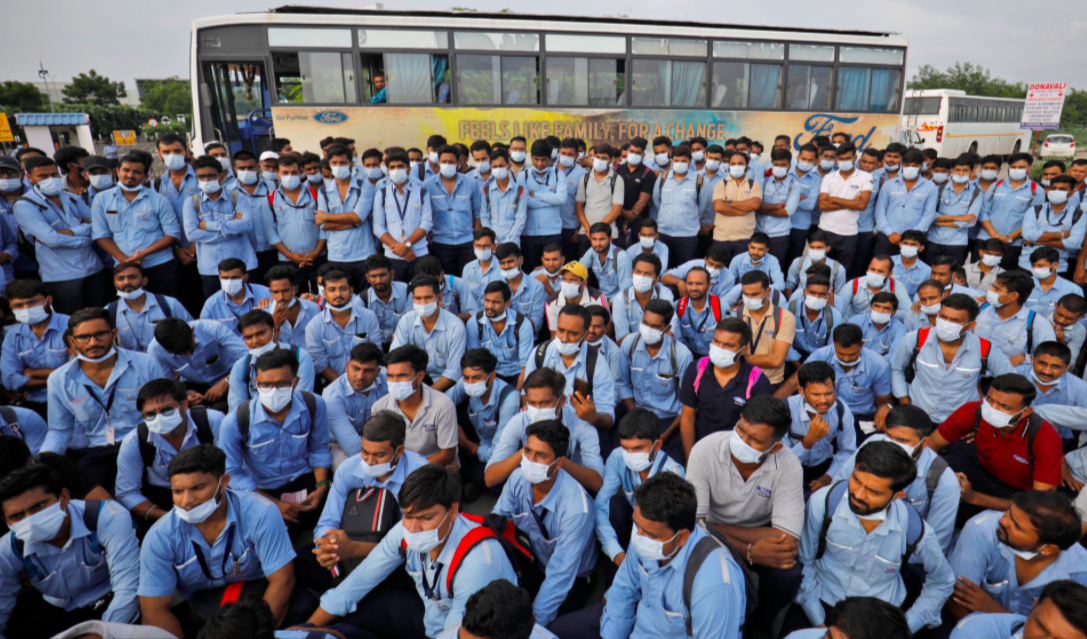 SANAND, India, Sept 21 (Reuters) – Hundreds of workers at a Ford Motor Co (F.N) factory in India’s western Gujarat state protested outside the automaker’s plant on Tuesday, demanding that the factory’s closure plan be scrapped or workers be provided other jobs.

The blue-uniformed workers gathered outside what is Ford’s car manufacturing and engine-making facility in Gujarat’s Sanand city and said the plant’s closure planned for the year-end would lead to the loss of their livelihoods.

“After working here for seven years, I am suddenly being told I do not have a job. What is my future?” asked Anil Singh Jhala, one of the workers.

Once upbeat on emerging markets including India, major automakers have recently been shutting up shop in the country due to stagnating sales. Ford, which built its first factory in India in the 1990s, said earlier this month it planned to stop making cars in the country and take a $2 billion hit as it does not see itself making profit in the country. read more

The plant employs around 1,200 people, a Ford India spokesperson said in a statement.

“We will be working with the unions and other stakeholders on measures to help balance the impact and to care for those directly affected by the restructuring,” he added. “We have started discussions with the union and have nothing additional to share.”

The string of exits and plant closures by automakers in India in recent years have worsened the country’s unemployment crisis, posing a major challenge for Prime Minister Narendra Modi who came to power in 2014 on the promise of creating jobs.

“We are in shock since the announcement,” said Jaisukh Kandolia, an employee who had been working at the Ford plant since 2016.

“We have been told the plant will close by December 31,” he said. “We do not know what we are going to do in the future.”