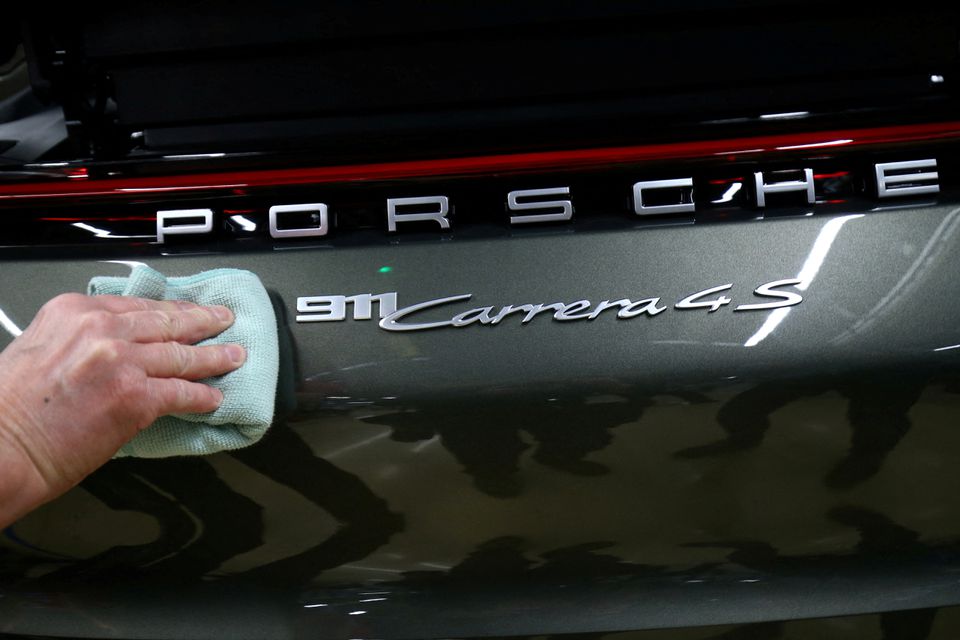 HAMBURG/FRANKFURT/LONDON, Sept 15 (Reuters) – Volkswagen’s (VOWG_p.DE) supervisory board is due to meet on Sunday to move forward with the IPO of its Porsche brand, which will comprise 911 million shares in a nod to its most famous model, two sources close to matter said.

Details on the price range, valuation and confirmed cornerstone investors are likely to be announced after the meeting, a third source said.

Porsche SE (PSHG_p.DE), Volkswagen’s top shareholder, has already committed to buying 25% plus one of the ordinary shares at a 7.5% premium to the preferred shares.

Investor roadshows are due to complete this Friday, several sources said, allowing time for senior executives to hold discussions over the weekend before opening the book building process early next week.

A stock exchange prospectus is expected to be published on Monday, the sources said, after which institutional and private investors can subscribe to Porsche shares.

Investor interest in the initial public offering (IPO) is still strong, two of the sources said, despite concerns raised about governance in regard to Oliver Blume’s dual role as CEO of Volkswagen and Porsche.

Porsche’s valuation is likely to be between 70 billion and 80 billion euros ($70-80 billion), one of the sources said, playing down an analyst note from HSBC this week that valued the sports car maker at a much lower 44.5-56.9 billion euros.

But nothing is certain while the process is ongoing, that source added. “It’s at a point where it could go either way,” the source said, noting the sharp reaction in markets this week to a slight deviation from expectations in U.S. inflation data.

“One has to be careful. There are still pitfalls if the market continues to slide,” the source said. But due to the anchor investors involved, Porsche is confident of reaching a 70-80 billion euro valuation, this source added.

At the upper end of estimates, Porsche’s valuation would still be lower than that of luxury carmaker Ferrari (RACE.MI) on benchmark measures, though higher than some other premium automakers, according to bankers working on the deal.

A valuation of 65-85 billion euros would correspond to an enterprise value of 8.5-11.3 times Porsche’s forecast earnings before interest and tax for 2023, and a price-to-earnings (PE) ratio of 12.6-16.5, one banker involved in the deal said.

Ferrari currently trades at a PE ratio of 35 for 2023 estimates, according to Refinitiv data, but Mercedes-Benz (MBGn.DE) and BMW (BMWG.DE) trade between 4.5 and 5 times on the same basis, the data show.