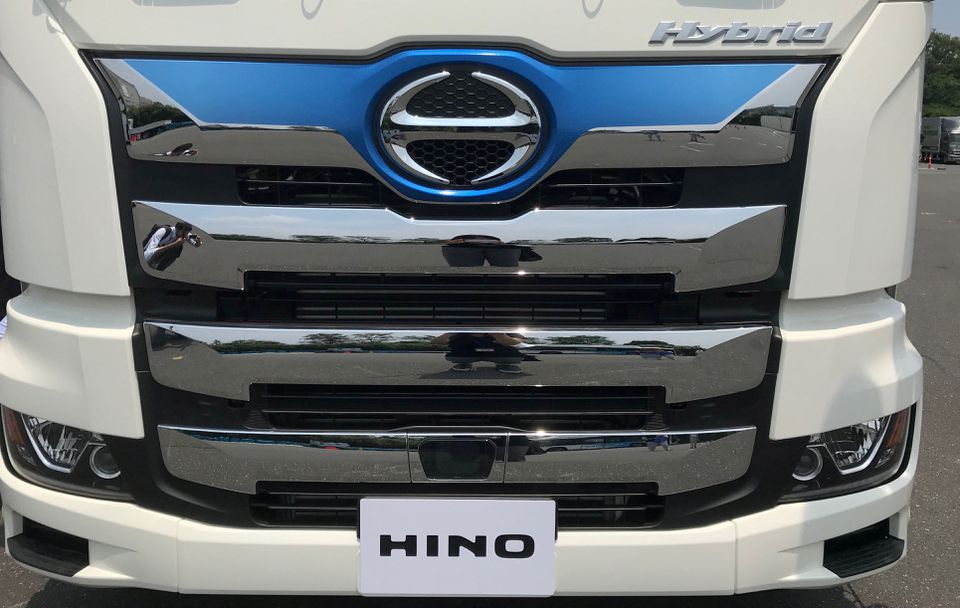 However, it did not disclose operating income and net profit forecasts for the year, as it was unable to “reasonably” calculate losses attributed to the engine data scandal.

The truck maker became mired in a reputation-tarnishing emissions data scandal this year affecting 640,000 vehicles after admitting to falsifying data on some engines dating back to 2003.

And it had been expected to suffer an operating loss of 16.2 billion yen for the current business year, based on the mean forecast from a Refinitiv survey of 10 analysts.

Nevertheless, the operating profit forecast by the company was still 82% down on the previous financial year.

Hino said its forecast for a profit was based on predictions for a 22% increase in overseas sales over year ago levels, and a 36% drop in domestic sales.

It said that since September it has resumed delivering some medium-size and small-size trucks to the home market, after suspending shipments of some models in August due to the scandal.

For the July-September quarter, Hino posted a quarterly operating profit of 12.3 billion yen ($84.66 million), 21% less than a year earlier, but easily beating the mean forecast for a 1.66 billion yen profit given by a Refinitiv survey of seven analysts.

Although the domestic sales dropped by 33% for the first six months of the business year starting April, Hino’s sales to Indonesia, Thailand and the United States jumped during the period as a result of strong demand and the resumption of production in the United States, which had been suspended between December 2020 and October 2021.

The Japanese truckmaker is facing a class-action lawsuit in the United States, in which it and its parent Toyota have been accused of historical misconduct. Hino and its subsidiary in Australia are facing another lawsuit from customers who purchased, leased or acquired its trucks.

Hino president Satoshi Ogiso declined to comment on what impact possible damages from the lawsuits could have on business performance.

“We are still in the process of carefully considering and proceeding with the response,” Ogiso said.

Asked whether financial support would be required from Toyota, Hino finance official Toru Matsukawa said financing was not a problem for the company.

Hino became a Toyota subsidiary in 2001 and nearly all Hino presidents since have been Toyota employees.

The scandal has led to resignations of three executives and one senior official earlier this month.

Ogiso, who long worked for Toyota before becoming Hino’s president in 2021, kept his position but was disciplined, and made to forego half of his compensation for six months.

Hino has said that an inward-looking corporate culture and a management failure to engage sufficiently with workers had created an environment in which greater priority was put on achieving schedules and numerical targets than on following processes.