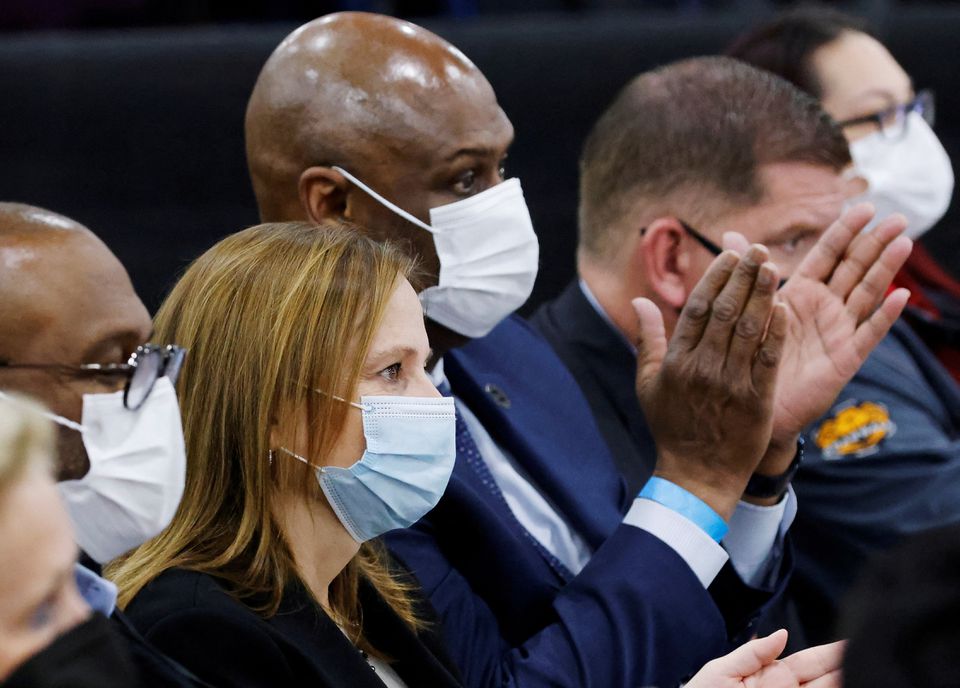 Oct 31 (Reuters) – The United Auto Workers on Monday said it was seeking an election to represent workers at a General Motors (GM.N)/LG Energy (373220.KS) battery cell manufacturing joint venture in Ohio after the companies refused to recognize the union.

The UAW said it had filed a petition with the National Labor Relations Board (NLRB) on behalf of approximately 900 workers at Ultium Cells after a majority of workers had signed cards authorizing the union to represent them.

“By refusing to recognize their majority will, Ultium – which is a joint venture between General Motors and LG Energy Solution – has decided to ignore democracy and delay the recognition process,” UAW President Ray Curry said in a statement.

Ultium said it “respects workers’ freedom to choose union representation and the efforts of the UAW to organize battery cell manufacturing workers at our Ohio manufacturing site.”

Ultium added it would comply with federal labor law that “protects our employees’ right to freely decide unionization through a voluntary election conducted by the NLRB.”

Ultium participated in meetings with the union about a process for certifying representation without going through an NLRB election, the UAW said.

In May, President Joe Biden, in a trip to South Korea, expressed support for workers seeking to unionize joint venture battery plants. Detroit’s Big Three automakers all have battery plants in the works with Korean partners.

“For every joint venture that manufactures electric vehicle batteries would be made stronger by collective bargaining relationships with American unions,” Biden said.

South Korea and the Biden administration have sparred over a U.S. decision in August to revise a tax credit making all EVs assembled outside North America immediately ineligible for tax credits, including all current Hyundai GM.N (005380.KS) and Kia (000270.KS) EVs for sale in the United States.

GM and LG Energy are considering an Indiana site for a fourth U.S. battery plant expected to cost about $2.5 billion. They are already building a $2.6 billion battery cell plant in Michigan, set to open in 2024, and a $2.3 billion Tennessee plant to be completed in 2023.

The White House did not immediately comment on the UAW statement.