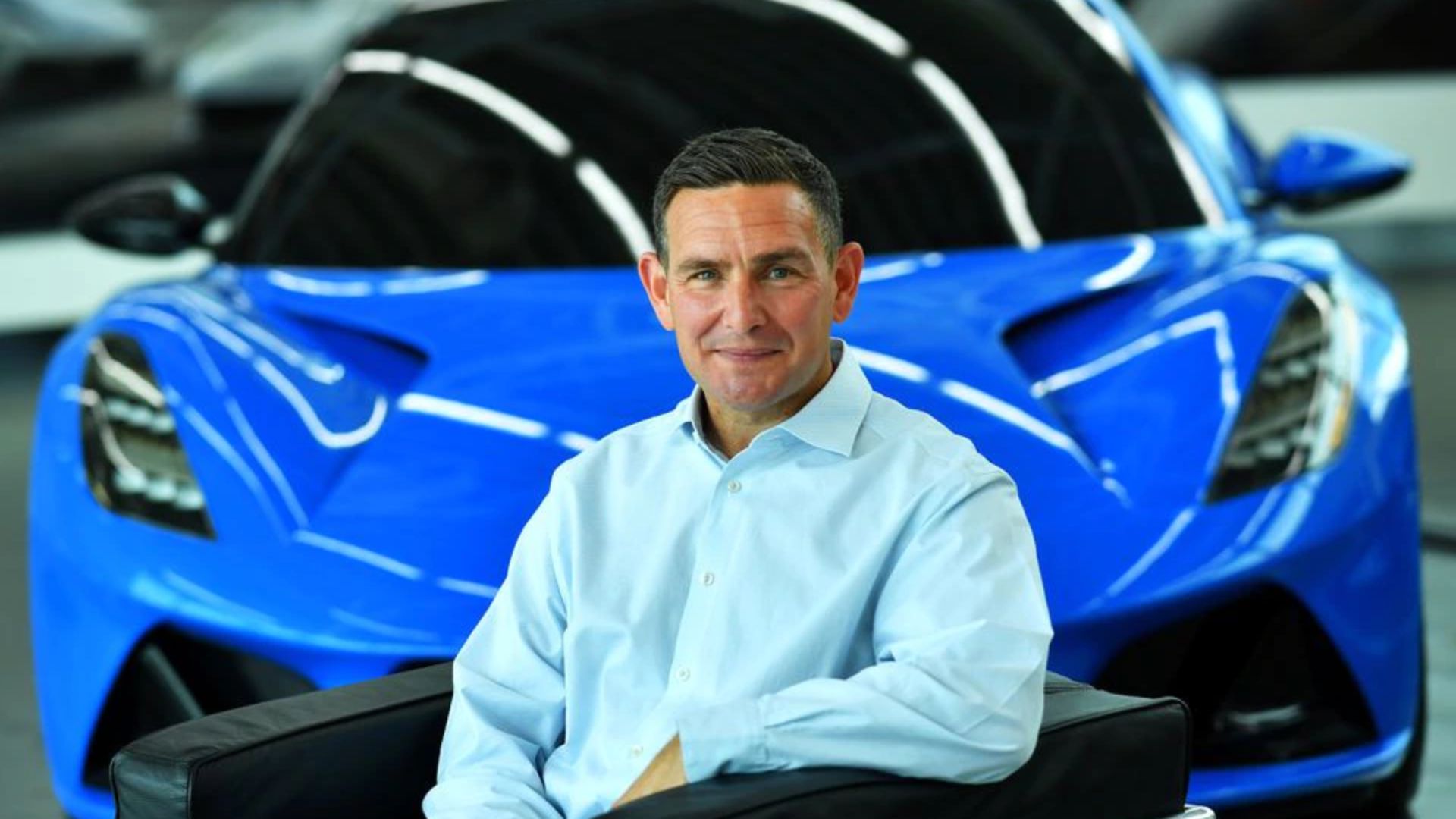 HETHEL, England, July 6 (Reuters) – Lotus unveiled its last ever petrol car on Tuesday, a milestone in the British sportscar brand’s journey towards becoming an all-electric and far bigger automaker by the end of the decade.

Lotus and its Chinese owner Geely want to transform what is now a tiny company making some 1,500 sports cars a year into an electric powerhouse churning out tens of thousands of high-end saloons and sports-utility vehicles (SUVs) as well.

“We recognise we need to increase our revenues and the sports car segment is limited,” Lotus Managing Director Matt Windle told Reuters. “So we’re looking to offer a variety of Lotus products across the range, for different people in different stages of their lives.”

The expansion plan is not unlike that of Volkswagen’s (VOWG_p.DE) sportscar brand Porsche, which has expanded greatly since launching its Cayenne SUV in 2002. Porsche sold more than 90,000 Cayennes last year, by far its best seller with almost three times the sales of its most famous car, the 911.

The Lotus project is starting with the Emira, which it unveiled at its Hethel factory on an old air force base in eastern England where it plans to make about 4,800 of the sports cars a year – with the capacity to make more if demand is high.

The Emira, which will start at around 60,000 pounds ($83,000), is the first new petrol Lotus model in more than a decade but it will be the last powered by fossil fuels.

Lotus has designed it to look like a sibling of its Evija, an electric “hypercar” that will have a production run of just 130 cars – it’s the 130th model in Lotus’s 73-year history – and sell for some two million pounds ($2.8 million) each.

Pointing at the Emira and Evija side by side on the carmaker’s studio floor, Russell Carr, head of design at Lotus, said he’s looking forward to “sprinkling some of that fairy dust” on the company’s new “lifestyle” models.

Geely bought a 51% stake in Lotus in 2017, ending years of financial struggles for the company under various previous owners that had forced it to shelve some new model launches.

Lotus is now part of a growing empire for the Chinese automaker, which owns Sweden’s Volvo Cars and is the biggest shareholder in Germany’s Daimler (DAIGn.DE).

Geely’s founder Li Shufu aims to create a global company built around brands that share technology from a Chinese supply base under unique skins. He has largely left details of how brands execute that strategy in the hands of local managers.

Geely and Lotus’s other shareholder, Malaysia’s Etika Automotive, are investing more than $2 billion to expand its production, including a new plant in the Chinese city of Wuhan where the first new Lotus lifestyle models will be built. read more

“There’s a potential for dynamic growth at Lotus,” said Sam Fiorani, vice president of global vehicle forecasting at AutoForecast Solutions. “But they have to be wary of diluting the Lotus name, because if their new models are not seen as worthy of the name it could hurt the brand globally.”

Design chief Carr said being part of a large auto group has given Lotus access to technology that it would have found difficult to source on its own – such as the dashboard touchscreen in the Emira.

And in a nod to changing consumer habits, the new sports car will feature a first for Lotus: cup holders.

Managing director Windle also said Geely had approved a Lotus request for its new SUVs and sedans to be built on a platform designed by the British company – rather than sharing underpinnings with Volvo or the all-electric Polestar.

Windle said that would allow Lotus to continue operating as a supplier and engineer for other carmakers, which it has done for years with its Lotus Engineering division. He said several carmakers had shown an interest in the Lotus EV platform.

Geely wants Lotus Engineering to be a distinct technology outfit within its broader group of companies, pursuing its own self-drive, smart and electric mobility technologies.

Lotus is currently developing an electric sports car platform in partnership with Renault (RENA.PA) for the French company’s Alpine brand, and that framework will also be available to other carmakers.

Windle acknowledges that branching out into SUVs and sedans presents risks.

“It is a challenge and it’s going away from what we’re used to historically,” he said. “But then I would argue that our business case hasn’t worked historically either.”