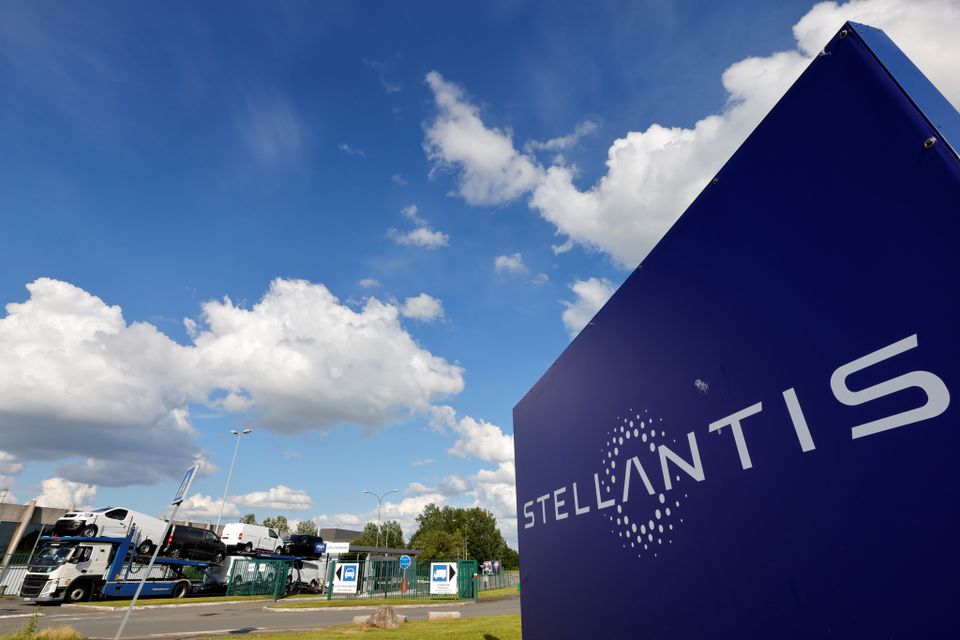 MILAN, July 8 (Reuters) – Stellantis (STLA.MI) softened up investors ahead of its electrification strategy event on Thursday by flagging that 2021 got off to a better than expected start despite a chip shortage that has hit automakers worldwide.

Stellantis, which was formed in January from the merger of Italian-American automaker Fiat Chrysler and France’s PSA, faces an investor community keen to hear how it plans to come up with a range of electrified vehicles (EVs) to rival Tesla (TSLA.O).

At its “EV Day 2021” kicking off at 1230 GMT, Stellantis will disclose significant investments in electrification technology and connected software as it aims to be an industry frontrunner, it said in a statement.

In April, Chief Executive Carlos Tavares said it would offer low emission versions – either battery or hybrid electric – of almost all of its European models by 2025, and they should make up 70% of European sales and 35% of U.S. sales by 2030.

Stellantis, the world’s fourth-biggest automaker, has 14 brands in its stable, including Jeep, Ram, Opel, Fiat, Peugeot and Maserati.

At a similar EV strategy event last week, French rival Renault (RENA.PA) announced that 90% of its main brand models would be all-electric by 2030, whereas previously it had included hybrids in its target. read more

Germany’s Volkswagen (VOWG_p.DE), the world’s second-biggest automaker after Toyota (7203.T), expects all-electric vehicles to make up 55% of its total sales in Europe by 2030, and more than 70% of sales at its Volkswagen brand. read more

Stellantis said its margins on adjusted operating profits in the first half of 2021 were expected to exceed an annual target of between 5.5% and 7.5%, despite production losses due to a global shortage of semiconductor supplies.

Stellantis shares listed in Milan were down 2.6% at 0920 GMT, underperforming the broader European car index (.SXAP).

Bestinver analyst Marco Opipari said Thursday’s news was positive but that the stock was suffering from profit taking as it had moved up about 20% since the end of April.

The carmaker said a positive pricing and product mix helped it to expect a “strong margin performance” in the first half.

Stellantis said it expected a negative industrial free cash flow in the first half, also caused by the negative impact of lower than planned production volumes, which was in line with previous forecasts.

It said, however, that synergies from its merger were well on track to exceed the first year’s target and would help to contribute to a positive cash flow for the year as a whole.