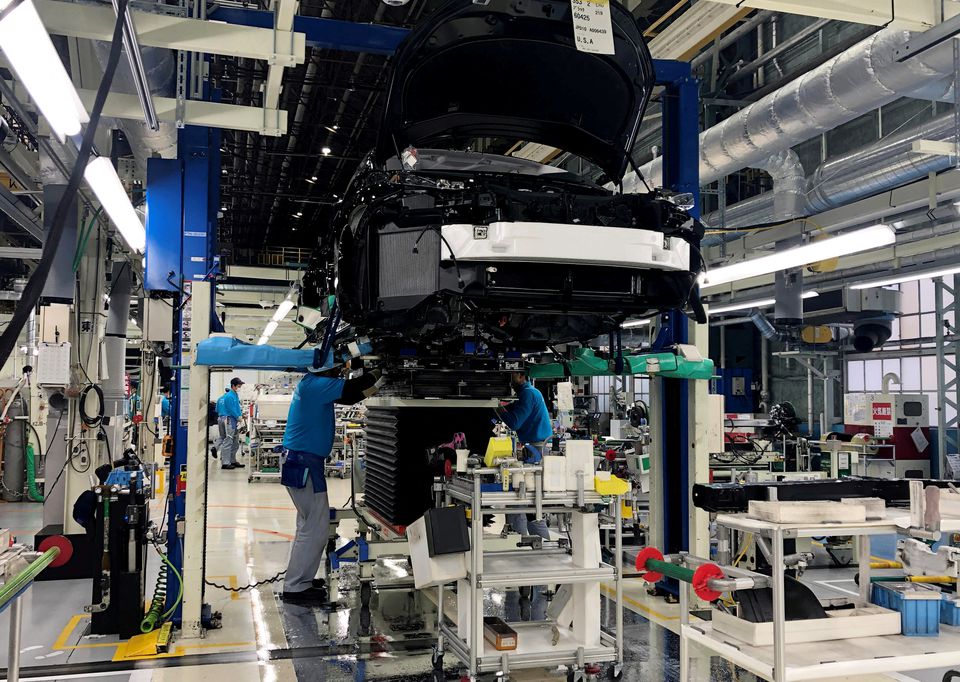 TOKYO, April 27 (Reuters) – Toyota Motor Corp (7203.T) on Wednesday posted record high global production in March, as overseas production made up for a drop off at home, highlighting the impact of factory stoppages and weaker consumer demand in Japan.

Japan’s largest automaker produced 866,775 vehicles worldwide in March it said, marking a 2.8% increase from the same month last year and a monthly record.

But Toyota saw an almost 16% drop in domestic production, to 261,759 vehicles. It was hit with cyberattack against one of its suppliers during the Month that brought all domestic factory operation to a grinding halt for one business day.

Domestic production is likely going to be seen of further evidence of the weak state of the Japanese economy, as it struggles with higher costs and slow growth.