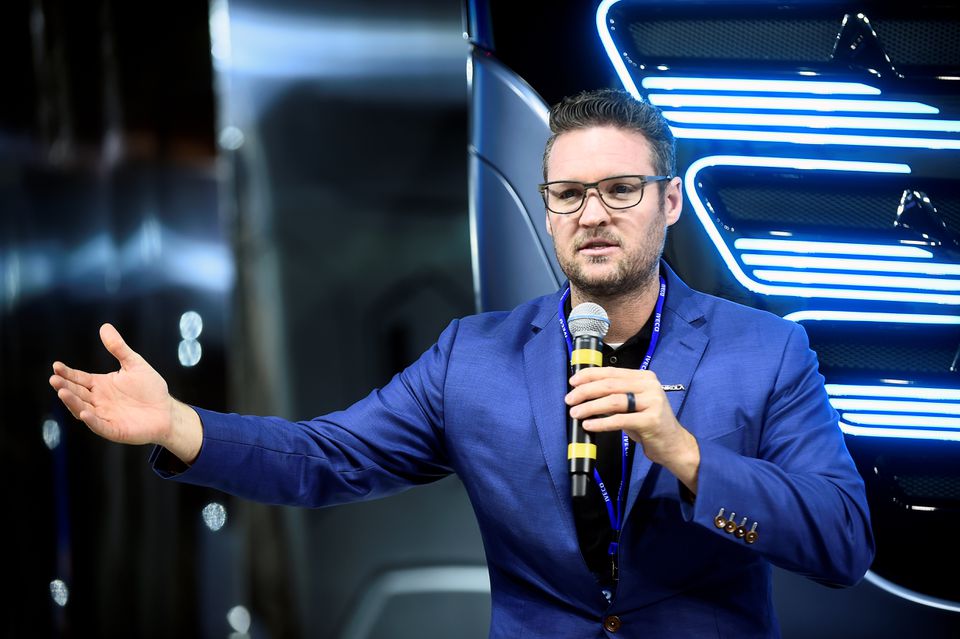 Trevor Milton, the billionaire founder and former chief executive of Nikola Corp (NKLA.O), was criminally charged on Thursday with defrauding investors by lying to them about the electric- and hydrogen-powered truck maker.

Milton, 39, pleaded not guilty at a hearing in Manhattan federal court to two counts of securities fraud and one count of wire fraud over statements he made from November 2019 to September 2020 about Nikola’s products and technology.

Authorities said Milton relied on a public relations blitz of social media posts as well as TV and podcast interviews to drive up Nikola’s stock price, become one of the world’s 100 richest people and “elevate” his stature as an entrepreneur.

“Milton lied about nearly every aspect of the business,” U.S. Attorney Audrey Strauss in Manhattan said at a news conference. “Today’s criminal charges against Milton are where the rubber meets the road.”

“Trevor is innocent,” Milton’s lawyer Marc Mukasey said in an email. “There was no fraud. We’re ready to fight this case at trial.”

Nikola was not charged. It said in a statement it cooperated with the government and is focused on delivering Tre battery-electric trucks this year.

The charges mark a steep downfall for Milton, who founded Phoenix-based Nikola in 2014 and was its CEO until June 2020, when it went public after merging with a special-purpose acquisition company, or SPAC.

Milton stepped down as Nikola’s executive chairman last September, two weeks after short-seller Hindenburg Research labeled the company a “fraud” and said it made many misleading statements about its technology.

Prosecutors said Milton’s improper statements included that Nikola had built an electric- and hydrogen-powered “Badger” pickup from the “ground up,” developed batteries in-house that he knew it was purchasing elsewhere, and had early success in creating a “Nikola One” semi-truck he knew did not work.

Strauss said the closest the Nikola One ever came to driving was when company engineers rolled a prototype down a hill so it could be filmed for a commercial.

It said that on March 2, 2020, the day before Nikola revealed it would go public, Milton emailed a board member that “(we) need to make sure we are getting retail investors on our side. That is what prevents the stock short selling. This is super important to me.”

The SEC said Milton targeted ordinary investors he called “Robinhood investors,” portraying himself as a “different” type of CEO who would be forthright about his trailblazing company.

“Corporate officers cannot say whatever they want on social media without regard for the federal securities laws,” SEC enforcement chief Gurbir Grewal said at the news conference.

Prosecutors said Milton’s Nikola stake was worth at least $8.5 billion soon after the announcements regarding the Badger.

Although Nikola’s share price has fallen more than 85% from its June 2020 peak, Milton is still worth $1.2 billion, Forbes magazine said on Thursday.

Tesla Inc (TSLA.O) is among Nikola’s rivals in the electric truck sector.

Both companies’ names derive from Nikola Tesla, an inventor whose work included electric power, and Tesla CEO Elon Musk is now among the world’s richest people.

In 2018, Musk and Tesla each agreed to pay $20 million in civil fines to settle SEC charges over a Musk tweet.

Nikola initially denied Hindenburg’s accusations, but in February said a review by an outside law firm uncovered statements by Milton and the company that were partially or completely wrong. read more

“We commend regulators for acting expediently to protect investors and hold Milton accountable for his egregious lies,” Hindenburg founder Nathan Anderson said in a statement.

Hindenburg issued its report two days after General Motors Co (GM.N) agreed to supply batteries, chassis architecture, fuel cell systems and a factory for the Badger pickup, in exchange for an 11% Nikola stake and $700 million.

The companies reworked that relationship last November, eliminating the equity stake and plans to build the truck.

Stephen Girsky, a former GM vice chairman who ran the SPAC that merged with Nikola, replaced Milton as Nikola’s chairman.

But critics say the process is prone to conflicts of interest and shoddy due diligence, and U.S. authorities have stepped up their scrutiny of SPACs.

Prosecutors and the SEC are also investigating electric pickup truck maker Lordstown Motors Corp (RIDE.O), which went public last October, about the terms of its SPAC and its statements about vehicle pre-orders. read more